Sharing and Caring in Holy Month, TBI and EDSA IAIN Kudus Gave Donation to Orphans and Takjil in Ngembalrejo Village. 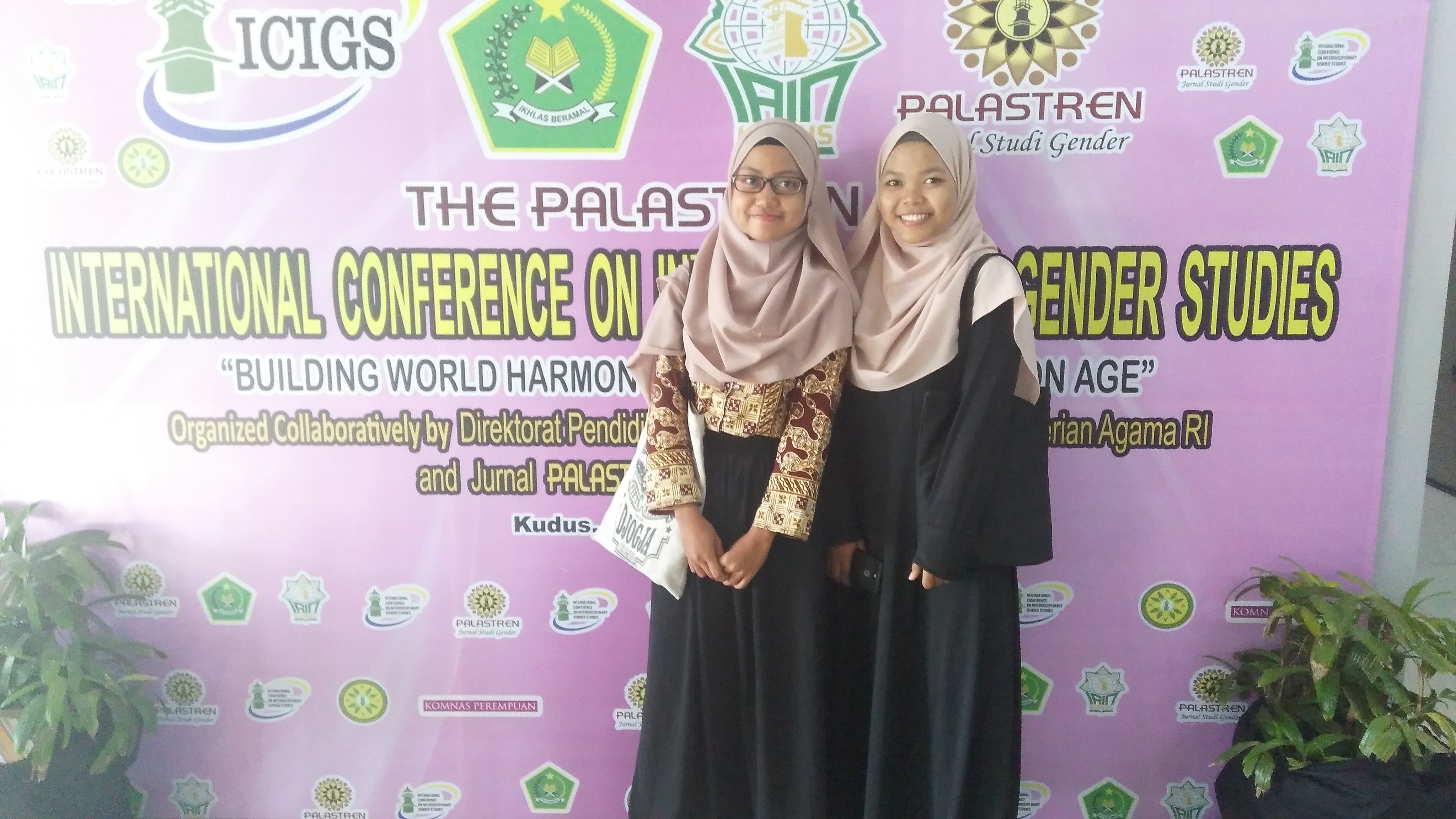 The topic of the study they were presenting was related to gender issues and their representation in high school english text book published by Indonesian Ministry of Education and Culture. Haanii and Devi presented their paper entitled “The Represetation of Gender on the English Foreign Language Textbooks for Junior High School Students in Indonesia”. In their presentation they stated that there are still some misconceptions and stereotypes related to gender in the high school english textbooks. This prompts them to perform a study on English textbooks from the gender perspective

In a different session, Hanii and Devi stated that textbook study is important because it opens the discourses and ideas hidden within them. Teachers and students must be aware of this so that there is no misunderstanding regarding gender mainstreaming in textbooks.

This international conference was attended by a number of international speakers. Among them were Peter Carey, gender activist Amina Wadud, Malaysian gender activist Rozana Isa, as well as a representative of Komnas Perempuan. Nina Karmila. Haanii and Devi was the youngest among the 65 participants joining the International Conferene on gender. According to the commite, the 65 papers presented were the best papers that have gone through the committee’s examination and selection process. The presenters attending the event consisted of academics, researchers, students, as well as gender activists from all over Indonesia and other countries.